Strengthened by their courage, heartened by their valor, and borne by their memory, let us continue to stand for the ideals for which they lived and died.

President Ronald Reagan always believed in honoring American heroes and the Ronald Reagan Presidential Library and Museum continues that legacy by highlighting military personnel and civilians throughout our country's history who made great sacrifices. During his presidency, Reagan personally awarded the Medal of Honor to two men: Roy Benavidez, a Vietnam veteran, and William J. Crawford, a World War II veteran.

A Beam from the North Tower of the World Trade Center. 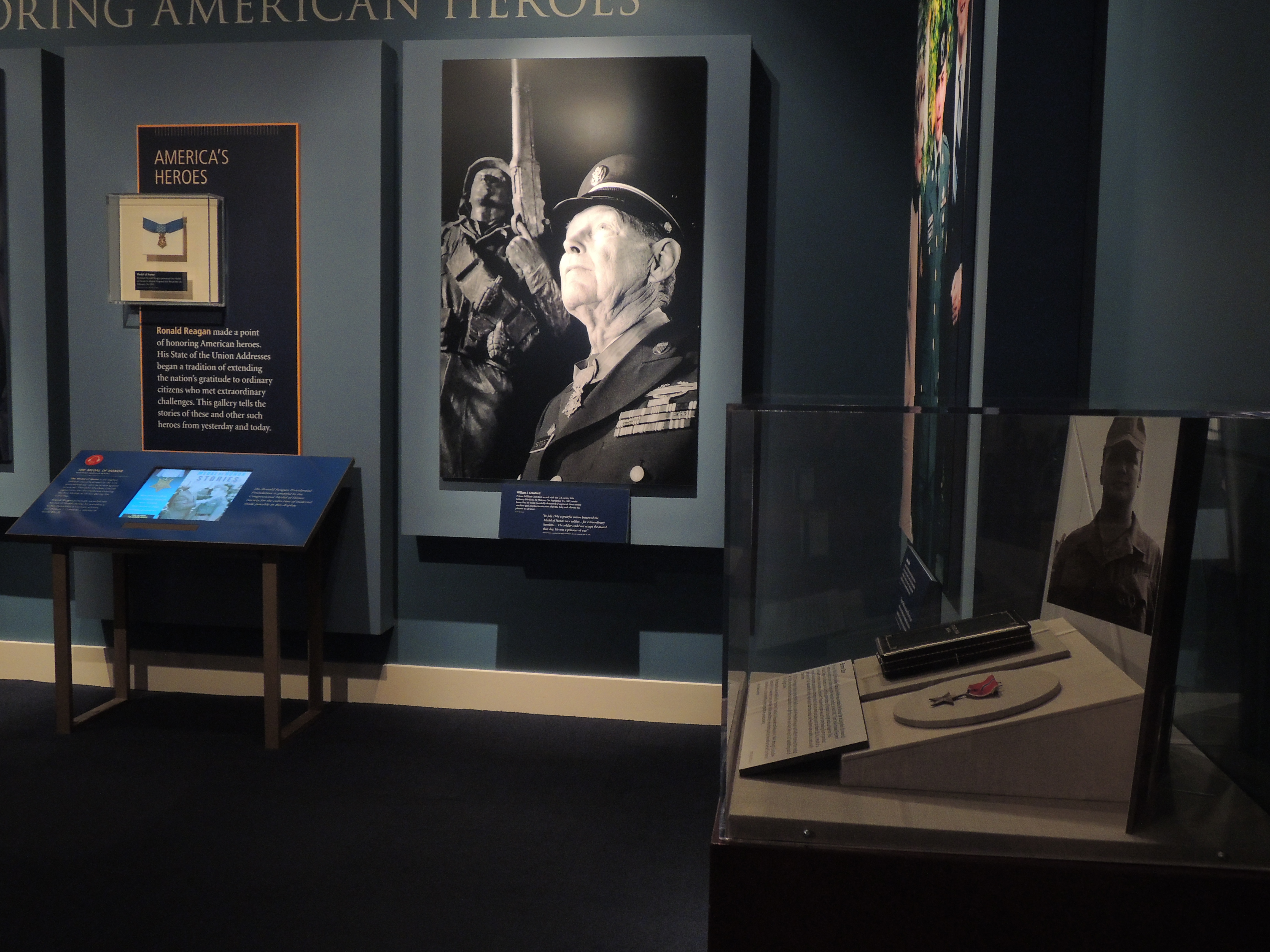